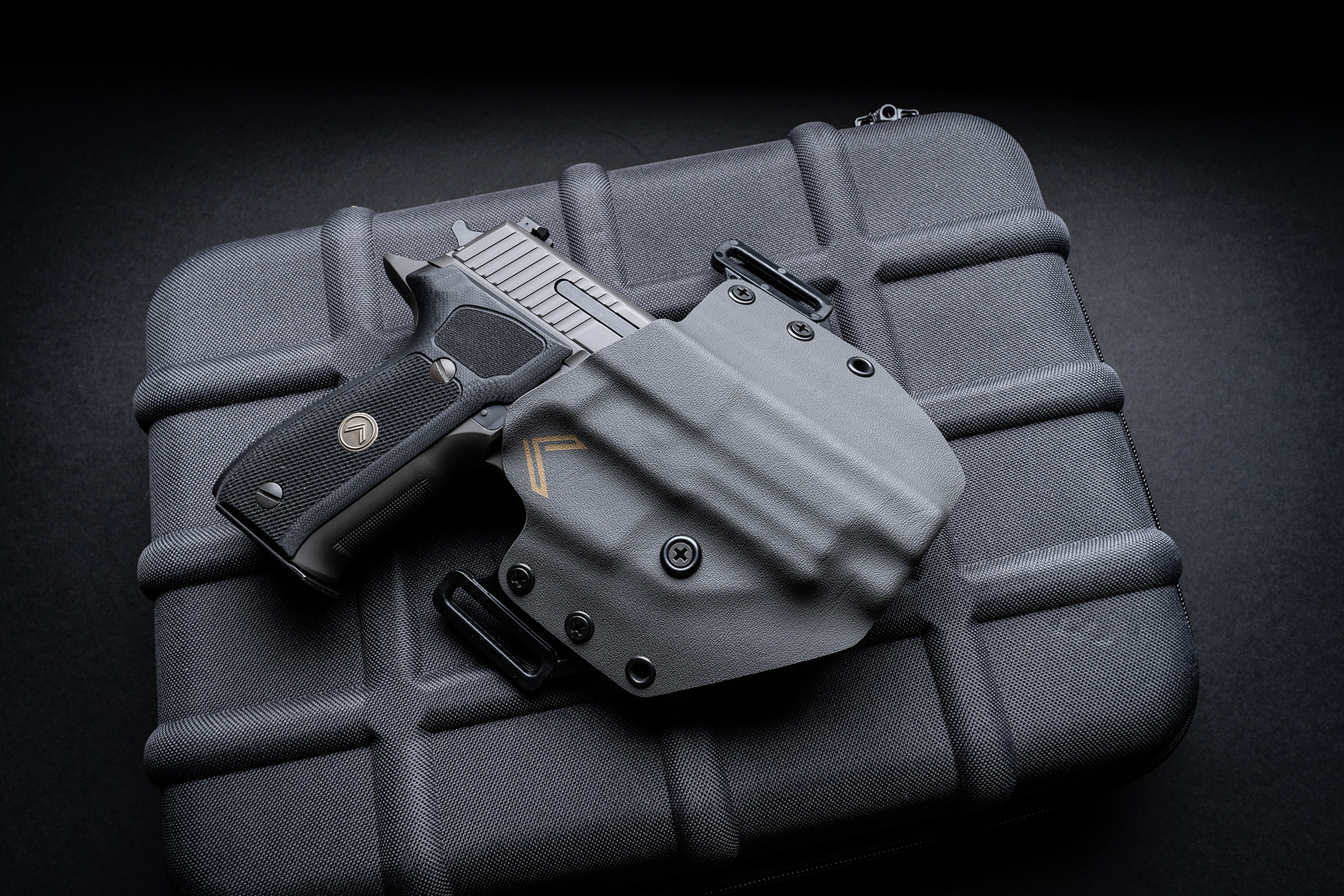 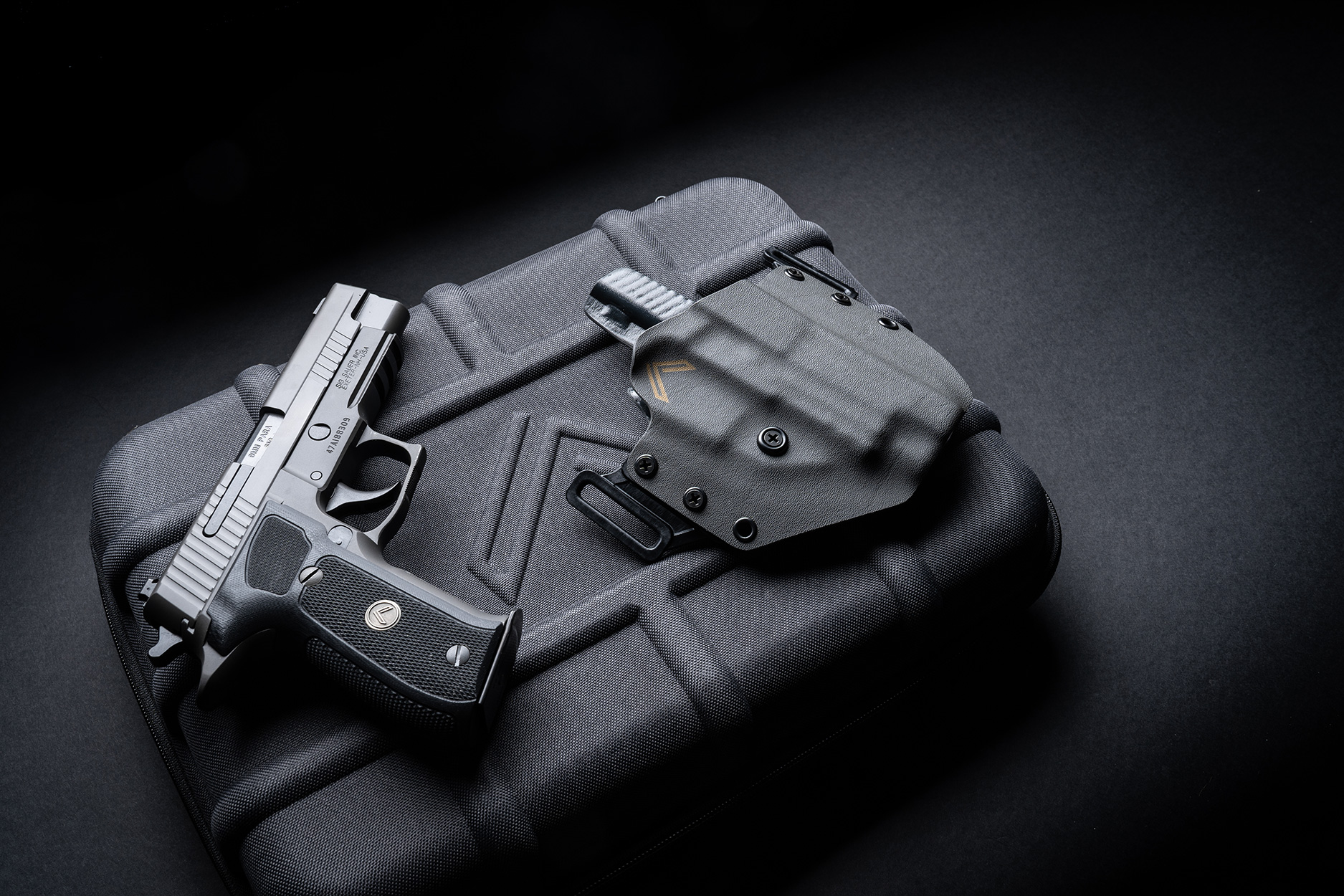 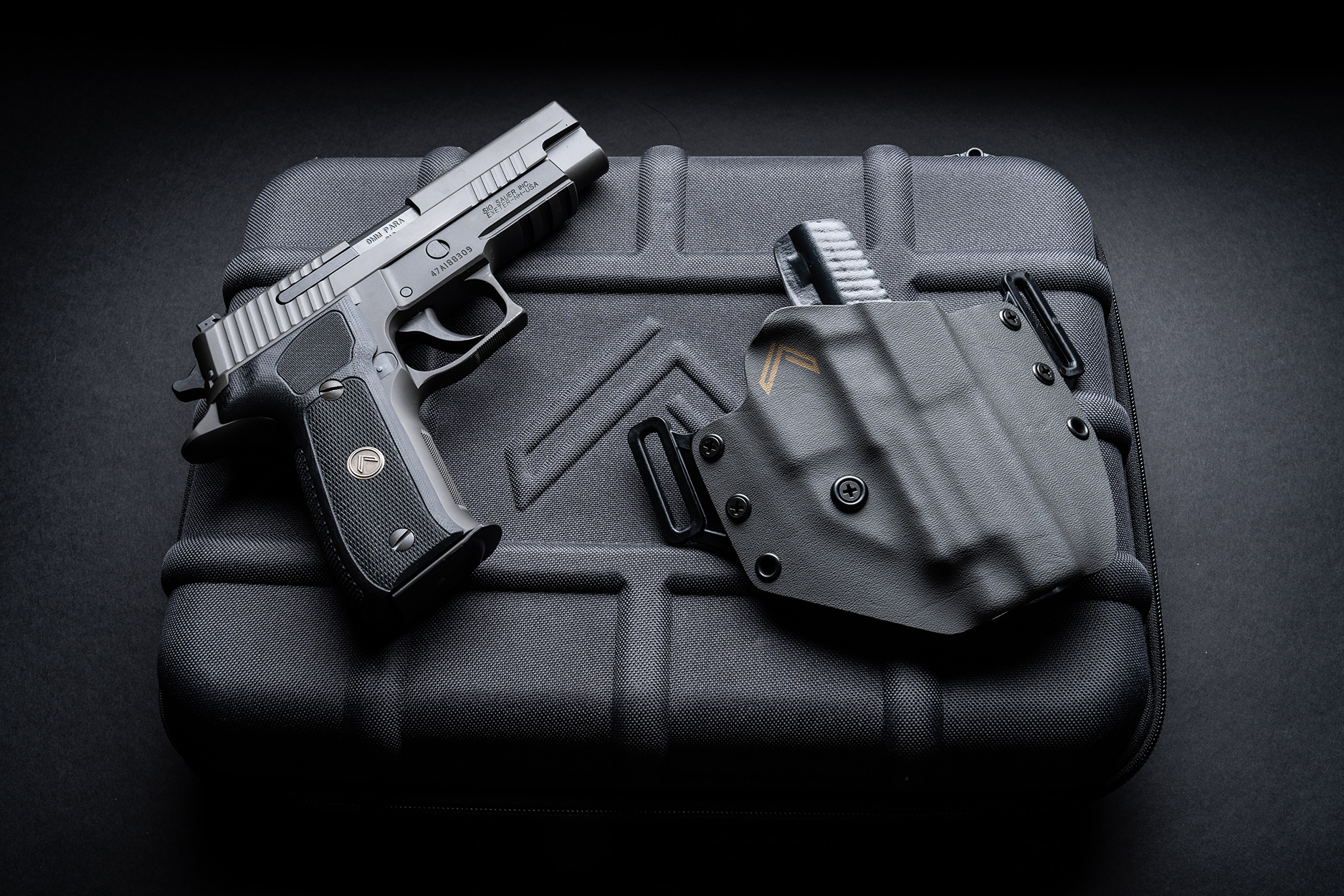 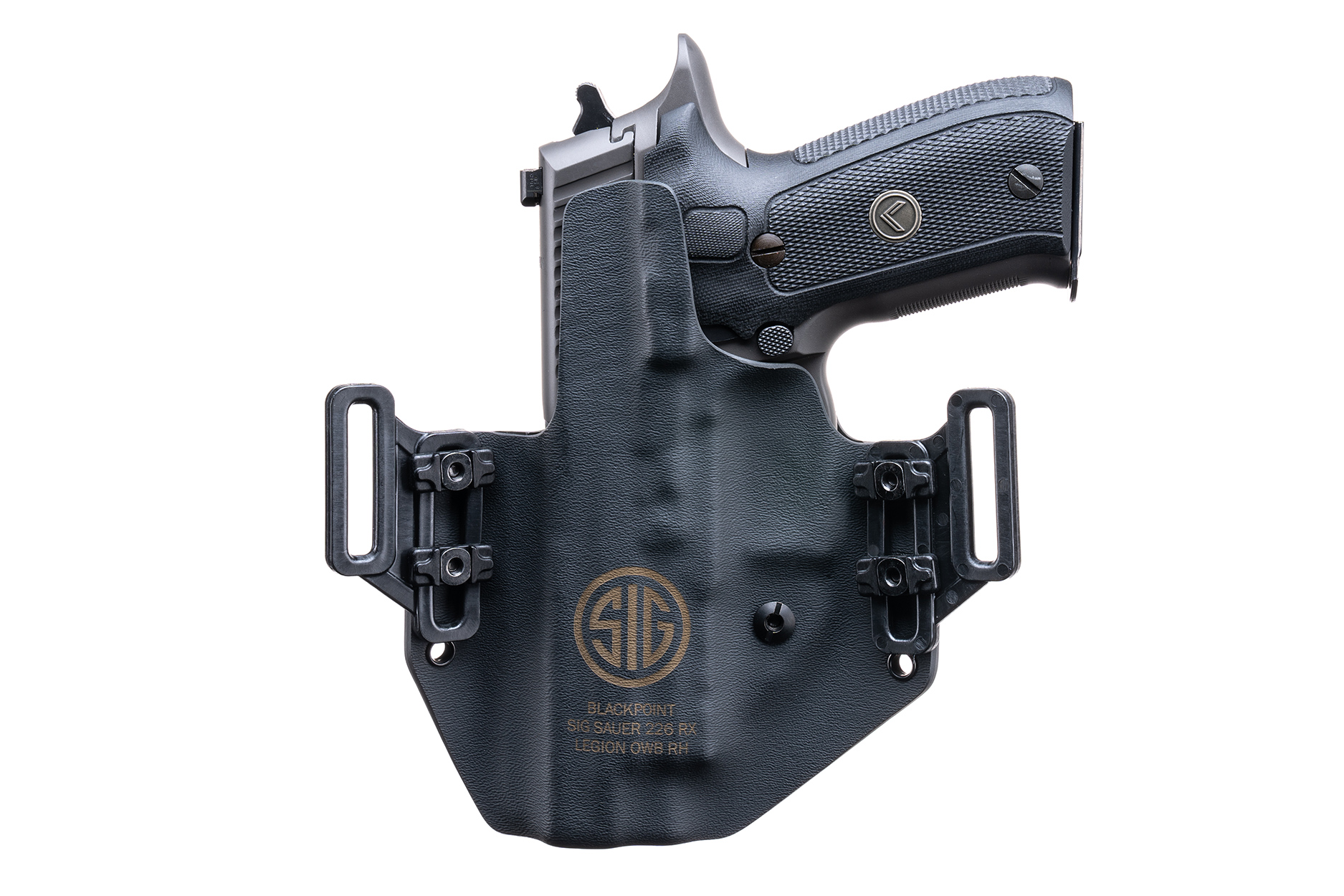 These products are available for purchase exclusively through Sig Sauer to individuals with valid Legion credentials.

BlackPoint Tactical was selected as the original manufacturer of Legion Series holsters dating back to the program’s inception. For 2018, we were excited to introduce refreshed Legion series holsters. The SIG Legion OWB was developed by BlackPoint Tactical in collaboration with SIG SAUER® to improve on the most popular concepts of the original Legion series holsters. The goal was to deliver a fresh new carry option for the most discerning Legion customers.

To accomplish these goals, the length of the bottom corners and the overall width of the holster were reduced to further minimize the footprint of the holster. Although the footprint was minimized, the side attachment points for belt loops were retained which condensed the overall thickness of the holster, allowing to it ride close to the body. Instead of traditional belt loops, the goal was to retain the flexibility afforded by the original Legion holster, the Leather Wing. This led to the concept of the Poly Wing™. The Wings are made from a flexible polymer which allows the Wing to flex with the contours of the user while pulling the holster tight to the body aiding in concealment. The side mounting points maximizes the width of the contact points (within the narrow holster profile) between the holster and the belt which makes the overall platform more stable. The Poly Wing’s ™ give the customer additional functionality over a traditional belt loop. They also allow the customer to easily switch between a 1.5” and 1.75” belt loop and easily adjust the cant/ride height by changing the orientation and position of the Wing. The t-nuts that attach the Wing are secured inside of a wing backer which allow for solid mounting, as well as allowing for easy belt loop size and cant changes.

The holster features a factory RDS cut to allow for the use of SIG Romeo optics. The non-light mounted holsters include adjustable retention which can be fine tuned to the user’s preference.

All holsters proudly made in the USA

Optic Compatible
These holsters are built with a factory RDS cut so they are compatible with optics, like the SIG Romeo.
Adjustable Retention
These holsters feature a retention screw which allows the end user to adjust tension within a set range.
Poly Wing™
This Wing allows the holster to comfortably wrap around the body while retaining strength to holster the holster tight to the body. Wing can also be used to change ride height, cant, and belt loop size.